Being dumped sucks. Especially if it was a complete shock to you – and be honest, how many of us ever expect it to happen? And now you’re desperate to know how to get your ex boyfriend back if he broke up with you.

Do you know why he broke up with you? Did he even give you a reason? Or did he give you some old cliché like “It’s not you, it’s me” or “I need to take some space”? Or worse still, has it just been complete radio silence?

It’s hard to know how to get your ex boyfriend back if he won’t tell you honestly why he broke up with you (you can read more about exactly how to get him to tell you this here). But one good thing to know is that if he doesn’t want to hurt you more by telling you blunt and hurtful truths, then he probably still has feelings for you.

But it’s important to know what really went wrong so that you don’t keep repeating the same mistakes.

Why Did It All End So Painfully?

Big question now – why do men leave women? Did YOUR boyfriend tell you why HE left?

If he did – great! At least you have some idea of what went wrong between you. But most men hate hurting a woman’s feelings, especially one he probably still cares for, so he may not have been entirely honest with you. He may not even know the real reason himself.

So how did you end up here, broken up and broken hearted?

At first everything between you was great. That was the honeymoon period, and it can go on for several months, even a year or two. But eventually you find yourself confronted with reality. Your boyfriend is a real person with real faults, and he has discovered the same about you.

You make less effort to impress each other and make each other happy. His adorable quirks have become irritating or annoying habits – and so have yours.

The romance is fading fast – and then one day, you find it has disappeared. He’s gone. And you have to face up to why it happened.

So He Broke Up With You – Why?

This is one of the most common reason men give for leaving, especially if you haven’t been dating that long. In some ways you were lucky to get that much; it’s not unusual for a man just to stop calling. And it’s extremely frustrating, because it’s a non-reason. It tells you nothing. What does it really mean? 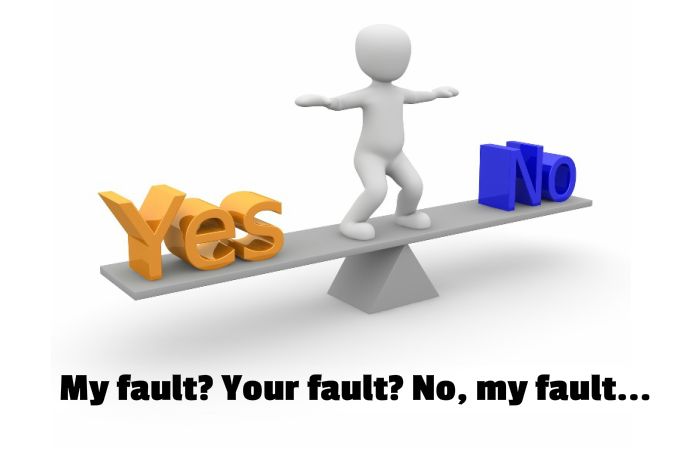 The real reason behind why he broke up with you is really the same as why women break up with men: the relationship wasn’t giving him what he wanted. When he says “It’s not you, it’s me” it usually means one of these things.

He wasn’t attracted to you anymore

This is probably just down to chemistry. Maybe the relationship started out electrifying, but the fireworks have fizzled out. Of maybe he liked you and thought you were cute, but it hasn’t gone anywhere. If he’s not finding you interesting or exciting, he’s lost his motivation for getting to know you better.

He was getting bored with you or your relationship

If he isn’t enjoying the time he spends with you, especially when the relationship is new, he’s lost the only reason he had for staying. The relationship has become work, long before he has come to feel any desire or obligation to work at it.

His emotional or sexual needs weren’t being fulfilled

This is something he probably won’t want to talk about, so he’ll just make some generic excuse and leave. Or maybe he was only interested in sex, and either the novelty has worn off (if you slept with him) or he’s not prepared to wait (if you didn’t).

He just knows something’s not right

This is more difficult to overcome since the reason is so hard to pinpoint. Maybe he feels you are becoming too keen too quickly, that you want different things or that you are simply incompatible.

Things aren’t always so nebulous. Sometimes the reason is obvious, such as when he was unfaithful, or you cheated on him. This is a difficult subject to deal with, and there are separate pages on this website for advice on what to do next. If HE cheated, visit this page; if it was YOU, then it’s this page.

He Broke Up With You – More Reasons…

If you had been dating for some time, or were living together, then the breakup is going to be shattering and demoralizing. He should have given you some reason, but agonizing over an emotional mess is something a man will avoid like the plague. If you’re still in the dark over why he really broke up with you, you may find the answer here.

He couldn’t make you happy

This can be through basic incompatibility or just a failure to communicate properly (he will call it nagging. You are constantly making it clear that he doesn’t come up to scratch). When his best efforts fail to make you happy or even contented, he becomes discouraged and even resentful. Eventually he stops trying and pulls away from the relationship. This is one of the most common reasons men give for ending a marriage, so it’s vital you understand how important it is to him.

You didn’t appreciate him

A man needs to feel that his efforts to please you and make you happy are succeeding. If you are so independent that you don’t appear to need him for anything, he’ll wonder what exactly you DO want him for. A man likes to feel there are things that only he can do for you.

You were dismissive of his interests

You don’t need to become a wild enthusiast about something that really isn’t your thing, but you can still show your support for the things that matter to him. Some women can be scathing about their boyfriend’s more eclectic interests, which is very damaging to the relationship. Don’t dismiss out of hand something that you haven’t even tried yet. Give it a go – you might even find you like it! 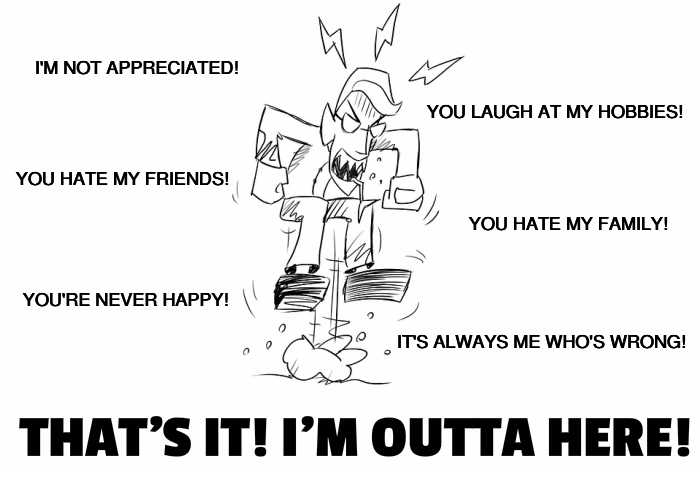 He couldn’t trust you

Trust for men means knowing that you’re on his side. Of course it means being faithful to him, but it also means showing him loyalty and support in public. If you make fun of him or put him down in front of his friends or family, he will not want to stay with you.

Your boyfriend wants you to be more than just his best friend, although that’s important too. But if he has started to see you as more of a buddy than a girlfriend, then this lack of chemistry means he can’t sustain a relationship with you.

Everyone needs time to themselves, and men are especially sensitive about how free they feel to do the things they enjoy. If you are the kind of woman who wants to spend every moment with your man, then he will start to feel suffocated – and you will lose the identity that attracted him to you in the first place. For both your sakes, make sure you keep up with your own interests – and give him space to keep up with his.

You have very different values

You can adjust to someone’s bad habits, or change them. But when your ambitions clash; or you disagree about your future lifestyle or whether to have children, no compromise is possible. One or both of you is going to feel unhappy, unfulfilled, trapped, or resentful.

You’re at different points in life

This can be an age related problem, or it can be because of experience. A couple with a significant age gap (10+ years) may want different things from life. One may want to settle down; while the other wants to enjoy life (this is not necessarily the younger one. Someone in middle age may want to live a carefree life free of responsibility, while the younger person wants a family.) Or a younger, less romantically or sexually knowledgeable person may feel threatened by a more experienced person’s past.

You’re not the one

He thinks you’re wonderful in many ways, maybe he even loves you, but something’s missing. He just knows that somewhere out there is someone better still.

Trying looking at your relationship again with these ideas in mind, and think about how they relate to you. Some of them are problems that can be solved, some aren’t. You won’t be doing yourself a favor by trying to save a relationship that will never be happy.

CAN You Get Your Ex Boyfriend Back If He Broke Up With You?

Men DO break up with women they love, even though it’s a hard thing for them to do. This is usually because they can’t see any future in the relationship. Why is this?

If there was a lot of drama or conflict, especially if it was a recurring problem, he will find it difficult to trust you with his future. If you can’t cope with everyday problems without magnifying them into crises, how will you cope when something big goes wrong?

Sometimes there isn’t enough real connection between you to make him feel truly committed to the relationship. When this deep connection is missing, keeping the relationship going becomes work instead of pleasure. There’s no joy left in it. Problems become mountains instead of just bumps on the road. And he loses the motivation to keep things going.

It’s not always easy to see why a relationship isn’t working. That’s one of the reasons for spending some time apart – it can help you obtain clarity, as well as regaining your equilibrium. (For more about this please visit this page).

It’s important to try to stay calm right now – yes, I know that’s the last thing you feel, and it’ll be really hard. But it’s vital to avoid making things worse by doing things that will drive him further away. For more about that, visit this page.

Getting him back will not be easy either. But it’ll be even harder if you still don’t really know the reason why it all ended. For a full explanation of how to get your ex boyfriend back if he broke up with you; make sure you click the link below.

Tags: can you get your ex back, how to get him back, why he left, why men pull away