Is it possible? Does it work? Is using text messages an effective way to get your ex boyfriend back?

Texting is something you do when you’re not physically together, so by itself it won’t get you all loved up again. But it can be a good way of re-establishing contact, especially if the breakup was a bad one and you and your ex have not been speaking since.

When this happens, you can be so desperate to re-establish contact that you go completely overboard, make huge mistakes and end up making things worse. By using text messages you can keep better control of yourself and what you say; because it forces you to take time and consider before you start firing off texts.

It can also help to build bridges, by defrosting the icy silence between you. And having broken the ice, by using text messages you can build rapport and prepare the way forward, first for talking on the phone and then actually meeting up.

But it takes skill and knowledge to get it right (for a complete low-down on the rules for texting an ex, visit this page).

Do it wrong, and you could end up pushing your ex further away than ever. How? By making the very common mistake of wildly overdoing things and turning into a text terrorist.

Using Text Messages The Wrong Way Will Make Things Much, Much Worse… 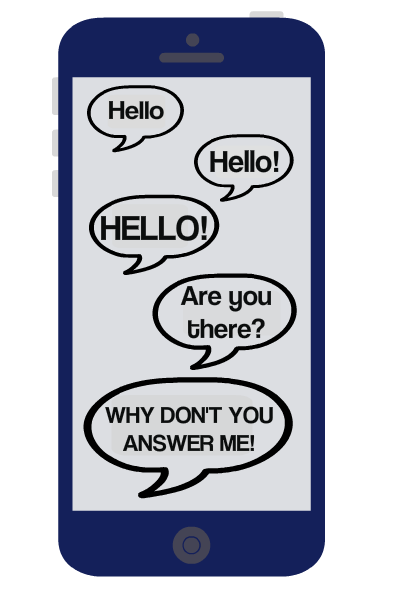 Believe me, even women who are usually in control and have it all together can go completely off piste after a breakup. So the first thing to remember is keep cool, and don’t become a text terrorist!

In fact, keep cool is the best thing you can do just after a breakup.

Now this is obviously going to be much, much harder than just saying to yourself “I must keep cool! I must keep cool!” over and over again. In fact, it’s so difficult that I wrote about it in detail in my go-to post How to Get Your Ex Boyfriend Back, which you can find here.

So When Can I Start Using Text Messages to Get Him Back?

The first thing you need before you even THINK about texting your ex is the opportune moment. And you have to be able to tell when the opportune moment arrives, which is not going to be easy. To do so you need to be in a calm and rational frame of mind (we’re back to keep cool again); and not an emotional and irrational one.

And the best way to do that is to practice the No Contact Rule.

If you’ve already read anything at all about how to get your ex boyfriend back, you’ll have come across the No Contact Rule. It’s the most effective way there is of regaining control of your emotions and your life following a breakup. It’s really important that you can contemplate simple communication with your ex without freaking out BEFORE you try to contact him again.

And that includes using text messages to contact him.

No Contact isn’t a ban on all communication between you. It doesn’t mean cutting your boyfriend out of your life completely, but it DOES mean avoiding any active effort to see or speak to him until you can do so without acting needy, angry or over-emotional. It will be hard, but you CAN do it.

It’s a vital part of the “get your ex boyfriend back” process, and it’s important that you understand it and why you’re doing it. You can find out everything you need to know about No Contact by visiting this page.

And while you’re doing No Contact, you can still be actively working to get your boyfriend back by optimizing your Facebook page. In fact, what Facebook says about you now can have a big impact on your boyfriend. Find out all about making Facebook work for you here.

It’s mega, mega important that you are mentally (and that means emotionally) ready before you send that crucial first text. My post Understanding the No Contact Rule gives you the help you need to be sure that the right time has arrived, so make sure you read it first.

If you still don’t feel confident and need more information, then The Ex Boyfriend Guide will give you all the answers you need.

But if you’re SURE, then it’s time to send your first text.

A word of warning: this is not going to be a swift process. Getting your boyfriend back takes time, perhaps a LOT of time, and patience. The women who fail usually do so because they tried to rush things; they contacted their ex boyfriend too quickly, before they were emotionally ready, and then frightened him off for good by bombarding him with needy texts and phone calls.

Or your boyfriend might not be ready to see you again, so he ignores your text. You have to be prepared for that; and to STOP IMMEDIATELY if this happens.

This has to be the best text you have ever sent anyone, ever; and it has to be almost impossible for him to ignore.

What you want to do is remind him in the most powerful way possible of the good times you had together, and the happy memories you share. 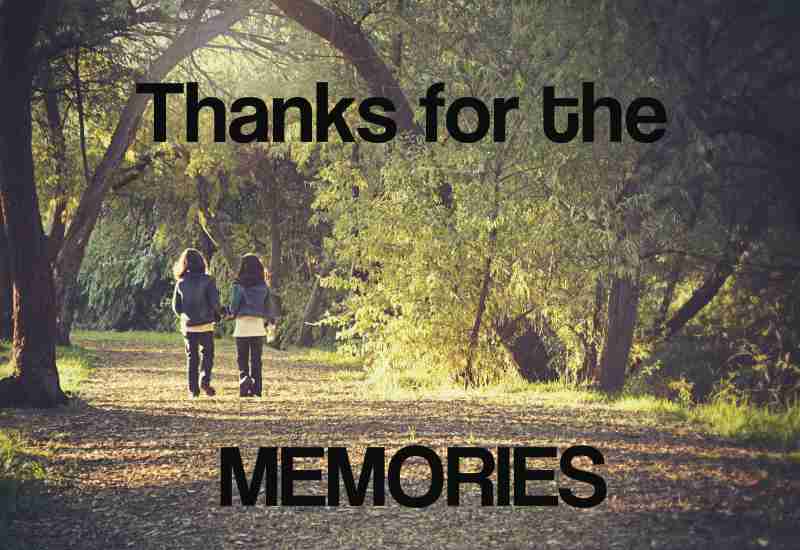 Remember, you are not actively trying to get him back yet; it’s much too soon for that. To be successful in this you have to start small and gradually grow bigger. The first step in using text messages is to re-establish contact with him, and make him feel comfortable with it.

Your sole aim here is to get him to text you back.

So DON’T use a romantic, let alone a sentimental, memory at this stage. It needs to be something fun, a seminal moment you shared that neither of you will forget.

And you need to phrase in a light-hearted and fun way. In fact, if you can’t get the word “fun” into it, in spirit if not in fact, then you shouldn’t send it.

Your first text needs to sound spontaneous and be guaranteed to make him smile. It must sound as though something you’ve just seen or done has made you think about him. It MUSTN’T make it clear that ever since your breakup you’ve been unable to get him out of your mind.

The thing is that, after a period of no contact, your ex is bound to wonder about your motives for resurfacing. You HAVE to make it look completely natural and spur-of-the-moment, or it won’t be effective.

So remember the three rules:

This is the kind of text you should be sending. 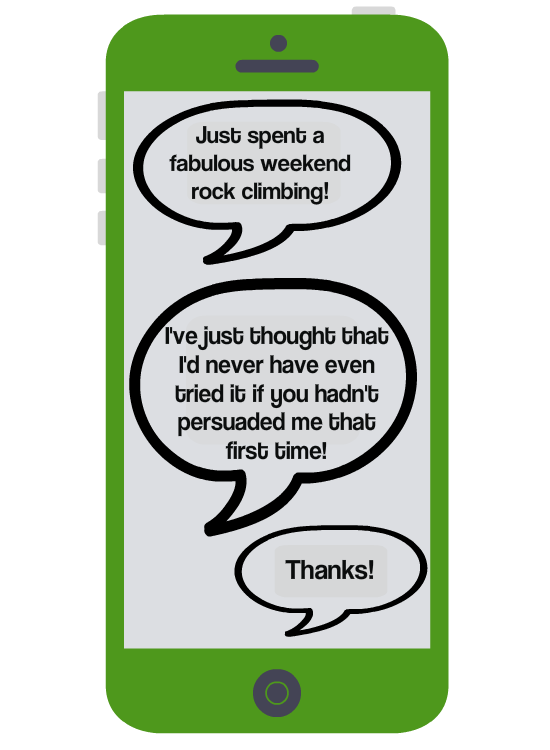 This not only shows you’re not buckling under with grief, it also shows that you’ve kept your taste for adventure (and pays him a subtle compliment too!) 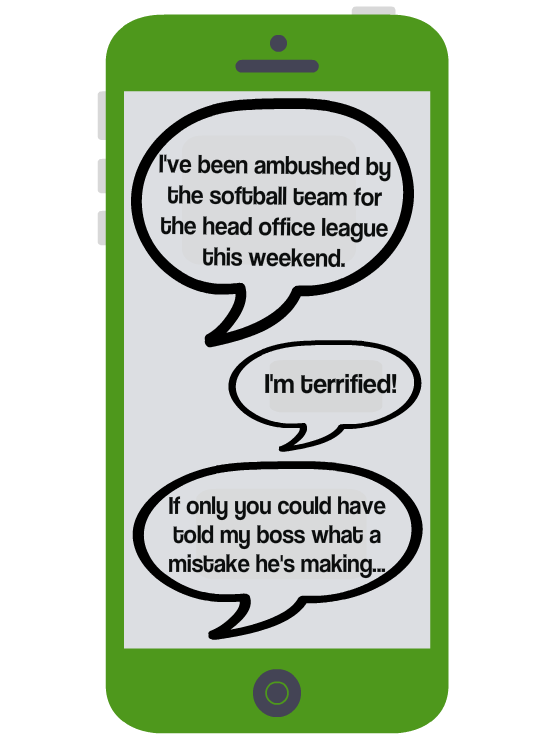 Making him smile about something he does better than you (he’ll think so, anyway) is great… 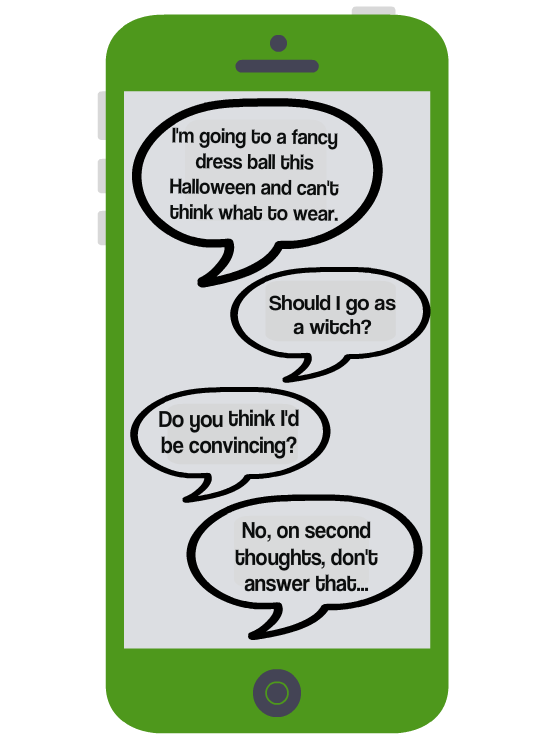 Sending yourself up gently is not something you’d do if your life had been destroyed…instead it shows that you are still living your life, and even having fun.

These are the kind of texts you should avoid. 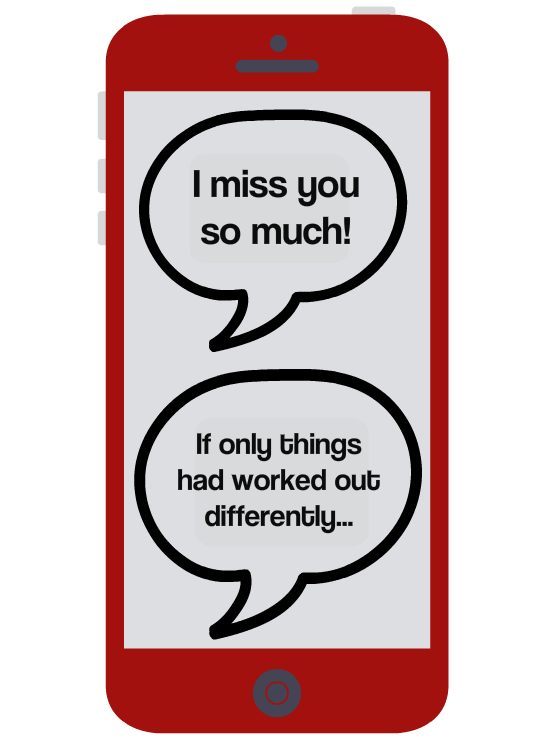 No sad and needy thoughts… 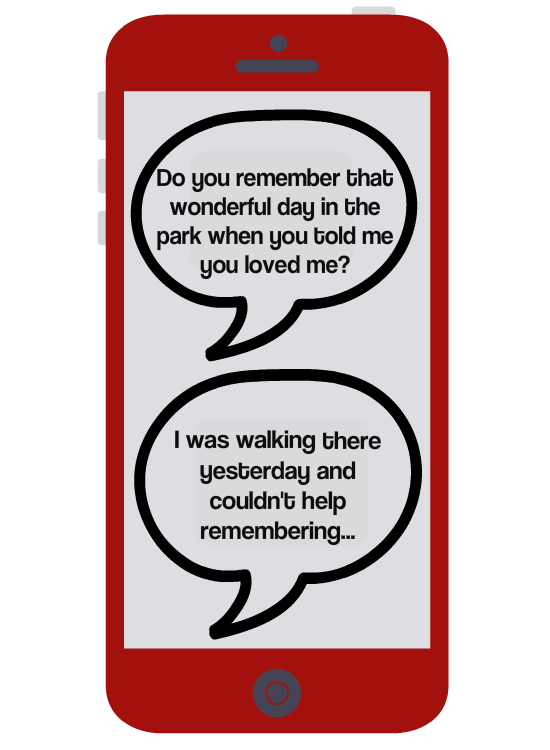 What you say should amuse and intrigue him enough for him to reply, although you haven’t asked him a direct question. If he doesn’t answer, then you should leave it for a week or two before trying again. This second text should appear just as spontaneous, and be completely unrelated to the earlier one.

You want to make it look as if you barely registered the fact that last time he didn’t reply. You just had a sudden impulse to text him. It’s not a big deal.

If he does reply, then it’s OK to text him again, but you need to be the one to end the conversation. This can either be by saying you have to go somewhere or do something, or by simply not replying to his text. As you are one who knows your boyfriend, you must decide which one is the better option.

Don’t text him every day at first.

Having got him to reply, you need to play it cool and intrigue him. One text doesn’t mean that your relationship is on again and everything is back to normal.

Keep up the contact by sending occasional irregularly timed texts until he is comfortable with it. Keep it light and friendly, sticking to jokes and amusing or exciting things that happen in your daily life.

A great sign of progress is when he spontaneously texts you.

If you give it time, and he is inwardly wavering over his decision to break up (likelier than you may think; you can find out more about this from The Ex Boyfriend Guide), then he will almost certainly do so.

When this happens, you can introduce a nostalgia text.

This doesn’t mean going gooey and sentimental and talking about love. Keep the word “fun” in mind, but add a note of wistfulness when recalling a shared memory.

This is a perfect blend of nostalgia and fun… 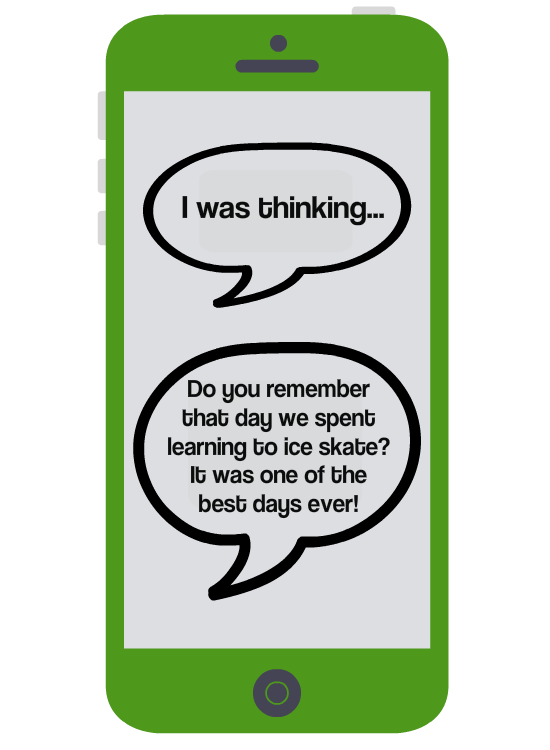 This just sounds needy and clinging… 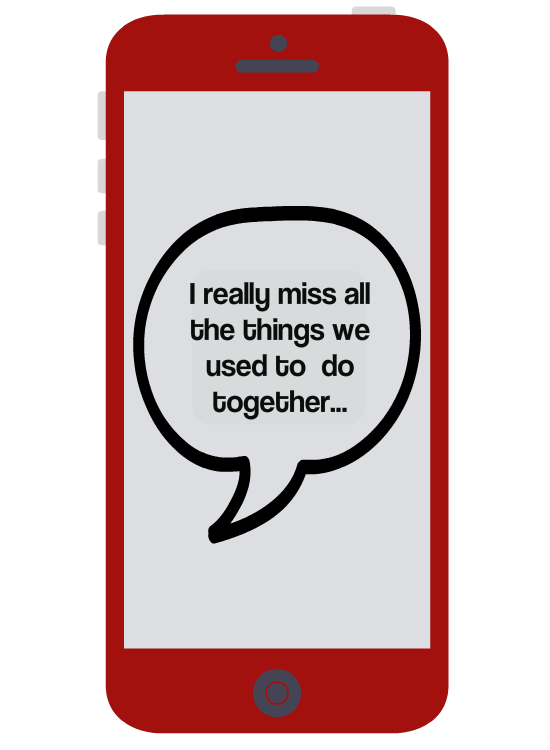 Moving Towards Talking To Each Other

Continue with the light and fun texts interspersed with the occasional nostalgic one until your boyfriend is relaxed and easy with it. The best outcome is for him to call you spontaneously, but if he still doesn’t do so after you’ve been texting happily for a couple of weeks, then you will need to move things forward yourself.

If you feel confident enough, then you can just call him. Follow the same method as you did while using text messages and keep it light and fun. Otherwise you can ask him to call you, or suggest you’ll call him.

To do this, you need to have a reason. This reason needs to be unthreatening and intriguing.

This has excitement and intrigue… 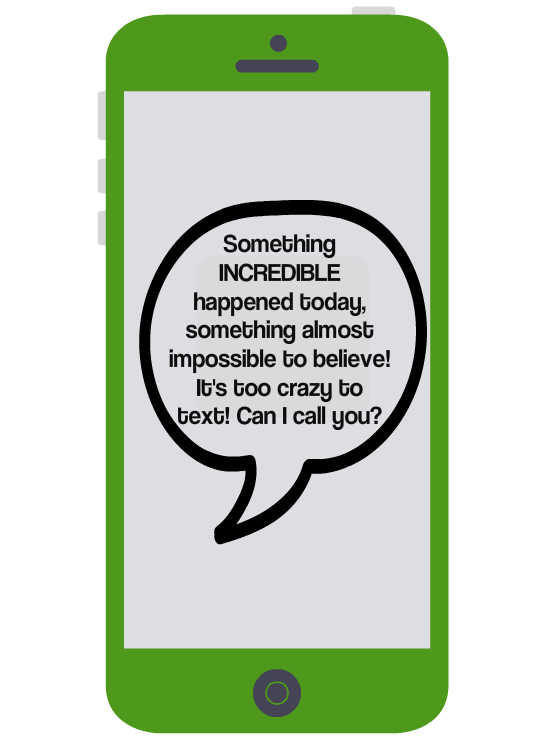 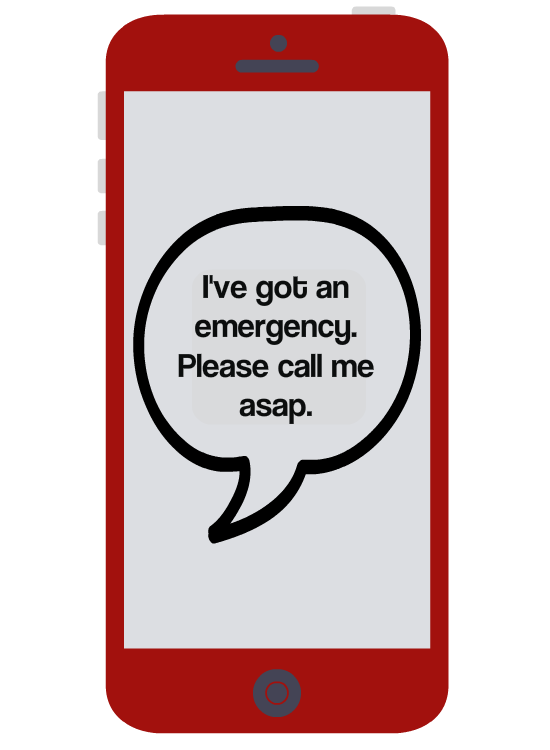 Remember, using text messages is only the first step towards getting your boyfriend back. It’s a way of re-establishing contact after a breakup and building enough rapport for your boyfriend to be ready to talk and meet up with you again.

It’s not the only way, and if it’s the wrong way for you then The Ex Boyfriend Guide has lots of other ways you can do it. Once you actually get to speak to him, you’ll get a good idea of how he really feels from his manner and his tone of voice.

Like with texting, use your calls to build up to the next stage: meeting up. Good luck!

Tags: after a breakup, can you get your ex back, how to get him back, text your ex boyfriend