Even though your relationship has ended up on the scrapheap – by your own choice – sometimes, such is the perverseness of human nature; you decide that you want him back. And surely, if you broke up with him, it should be easy.

If you broke up with him, you could find it harder to get him back than a woman who has been dumped. When a man dumps his girlfriend, he may just be relieved it is over, but more often he feels doubt, regret, guilt and a whole host of emotions than can make him susceptible to the idea of reconciliation.

But a man who’s been dumped will feel angry, hurt, humiliated and not in the least bit forgiving. If you broke up with him, trying subsequently to get him back can backfire spectacularly. For him it can be the perfect revenge, the ultimate satisfaction and a final confirmation that the relationship is indeed over.

By trying to get him back after you broke up with him, you are handing him victory out of the ashes of defeat. It can transform the situation in an instant. You have come crawling back, and now he can decide he no longer wants you.

So if you broke up with him, then you have a problem when you decide you want him back. You will need to be subtle rather than obvious. You can’t rush in yelling ‘Come back! I love you! All is forgiven!’ and expect him to fall swooning with joy into your arms.

You Broke Up With Him – So Why Do You Want Him Back?

If you broke up with him, you MUST have a good and persuasive reason for wanting him back. It has to be good enough to be able to convince a man you have rejected that you would both be fools to throw a good relationship away. 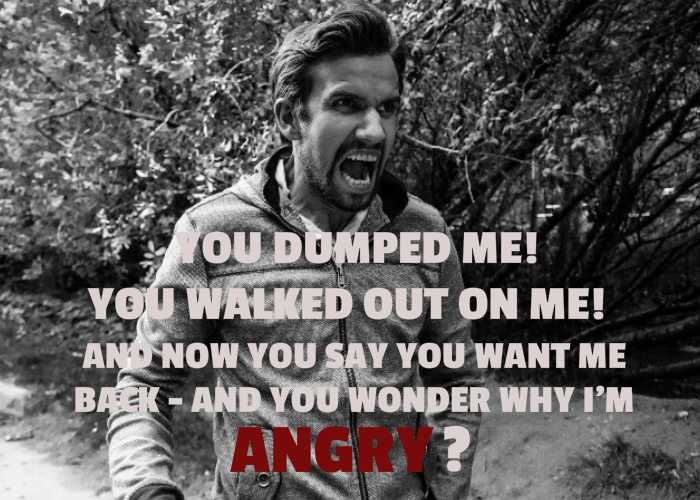 So what is your reason?

In the aftermath of a breakup it is normal to feel regret and to doubt your decision. But this alone is not a good enough excuse to get back together. Reasons like these listed below are not a solid basis on which to build a lasting relationship.

Deciding that he is your whole life, and you will die without him

Considering that you dumped him, this is the reaction of an immature woman with shaky self-esteem. Your boyfriend is not a prop or a shield protecting you from real life, or from your own inadequacies. You need to go out and build a satisfying life for yourself before you try combining it with someone else.

A few weeks of the single life have reminded you how much you hate it. This means you are settling, and this is unfair to him and won’t make you happy either. Accept that you are wrong for each other and move on.

You are not happy alone

Until you can be happy with yourself, you can’t be happy with someone else. Work on your own issues and learn to love yourself first. If you don’t, why should anyone else?

You think it will be different next time

Why? What has changed?

Accept that you are going to feel bad for a while, and look to the future. Relationships go wrong for a reason, and you need to be clear about what that reason was. Were there enough positives in your relationship to make it worth saving?

Here are some good reasons for wanting to get back together.

It’s essential to give the breakup some serious thought, and make sure your clearly understand what caused it. You won’t know whether there’s any point in trying to get back together until you do.

Why You Broke Up With Him

Every breakup is different, but here are some common reasons why relationships end.

You had a big fight or a serious row

Was this a one-off or were you constantly fighting? Conflict drains relationships, so if you are failing to get on in a major way then you might be better off apart. But if you were happy most of the time, then you must decide whether the row that caused the breakup can be resolved.

One of you had ongoing trust or commitment issues

If you were always checking up on your boyfriend, or he on you, or one of you was over-possessive and clingy, then the other partner may have felt smothered. You have to be able to trust each other and give each other space. You will appreciate each other all the more when you do spend time together.

The grass looked greener on the outside

This is usually a sign of boredom. You can solve this, but be sure you have a relationship that is worth saving; and not just one that looks better from a distance. You should never try to resurrect an unsatisfactory relationship just because you found the single life a disappointment 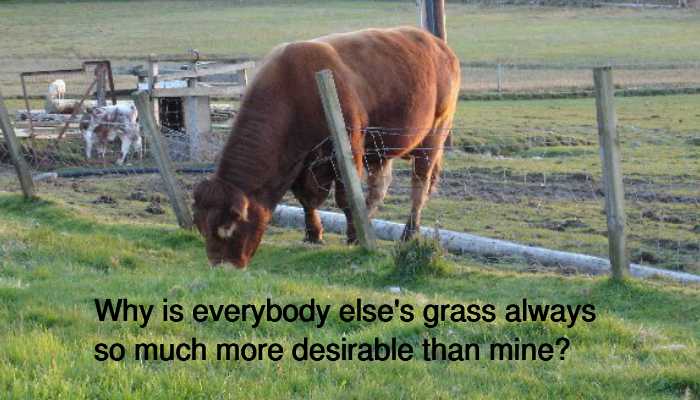 You weren’t attracted to him anymore

Is this because he let himself go, or is it familiarity breeding contempt? Once the physical attraction has worn off, you may find there was nothing else between you to replace it. In these cases there is probably no relationship left that is worth saving.

Your boyfriend cheated on you

This is a tough one, and you certainly shouldn’t be willing to forgive serial infidelity. You need to know why it happened so that you can decide whether you really want him back. It should be him seeking the reconciliation here, not you. Don’t even think of taking him back unless he is very, very contrite. For more advice on this, visit this page.

You cheated on your boyfriend

Why? And why do you regret it now? Men are not always very forgiving towards cheating girlfriends, so you’d better have some convincing reasons for wanting him to come back. For more advice on this, visit this page.

Getting Your Plan Together

But there’s another problem.

You need to have a good reason, but you can’t convince him to come back.

Relationships are all about feelings. So although you must have a good reason to have any realistic chance of getting your boyfriend back, you can’t use it to persuade him to come back. You have to make him feel it.

The problem here is that you have destroyed his fundamental faith in the relationship. By breaking up with him, you have proved that love – your love, that is – does not conquer everything. It has limits, and your relationship is weaker and more fragile than he hoped or imagined.

Inevitably this will undermine his commitment to it. He will be less willing to give his all to something he now knows can be broken. In his eyes, its value is lessened.

One thing should be clear to you, and that is that your old relationship has failed. You need a new mindset that will create a new and better relationship, if you are really to get back together.

It’s imperative that you don’t let your boyfriend know too quickly about your regrets, or any second thoughts. You need to show a positive face to the world and show him what he has lost. This means working on yourself, both mentally and physically.

You Broke Up With Him, So You Must Show Him What He’s Lost

He has to want to get back with you – just because you dumped him, it doesn’t mean you can make him fall back into your arms just by crooking your little finger at him. You need to ramp up the chemistry between you so that he finds you more desirable than ever. 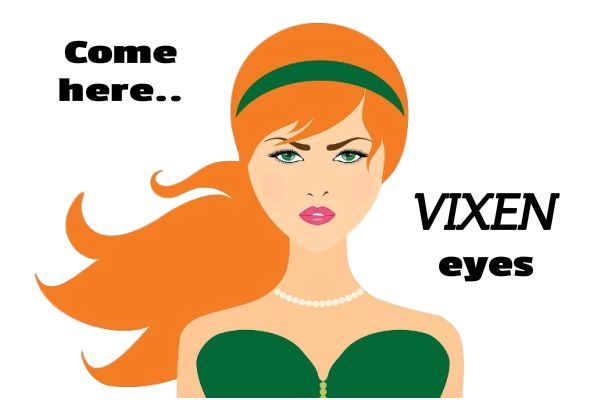 When a man sees his former girlfriend looking great, he feels regret over his loss. No matter what else is going on in his mind, he can’t help but remember the good times you had together when you remind him with your radiant desirability. So you need to work on your appearance.

You also need a strategy to cope with your volatile emotional state. Breakups are hard to cope with, so you can use these tips to boost your mental strength and confidence.

Think about that last piece of advice. Go Out And Have Fun.

This is powerful. This confirms and escalates you social value. And your social value is your boyfriend’s proof of the significance of what he has lost.

Every man wants to have the woman that every other man wants. Men are deeply competitive, and he wants to believe that the most desirable girl he knows chose him because he was better than all the other men she could have chosen.

A man doesn’t want the girl who sits in the corner, not talking to anyone. He wants the girl who is the center of attention, the one all the other guys are competing for. The girl sitting alone may be easier to get, but she doesn’t confer any status or sense of achievement on him.

Because you broke up with him, you have a barrier to overcome in order to get him back. You have to make him feel that he’s right to want you still, even though you dumped him. That’s why looking good and confirming your social value is so important.

There‘s a lot to learn about getting your boyfriend back. It’s a complex process which can’t be compressed into the scope of a single article. For the ultimate, comprehensive, step by step guide, check out the link below.

Tags: after a breakup, can you get your ex back, how to get him back, you dumped him